However, in practice, the impact in most cases isn’t a sinus, but a much more complex signal. Some frequencies have a much higher level than others - this is in contrast to a sinus sweep. Impact of these different frequencies often takes place in parallel, and not consecutively as in a sinus sweep test. A random vibration test is therefore much better suited to practice because it corresponds to the specific frequencies that can occur in trains, cars, aeroplanes and along the railway lines. This interaction between varied, complex excitation and the natural frequencies and vibrations in a device or system can lead to a completely different pattern of damage. Incidentally, this does not mean that a sinus sweep test is useless. It is useful, though consideration of its limitations and possible over- and under-testing in some frequency ranges is advisable.

A commonly used (military) standard, the MIL STD 810, almost exclusively prescribes random vibration spectra (such as the ASTM standards for transport simulations, see e.g. ASTM D 4728). These spectra are based on measurements. If no practical measurements are available, a standard PSD spectrum for a random vibration test is required as test method.

Sinus sweep vibration tests (and related standards) have also partly arisen because in the initial phase of setting vibration requirements, the control of a vibrating table could (almost) only handle a sinus (sweep) vibration test. For complex random vibration tests, modern electronics with software are much more suitable, especially when considering random-on-random or sinus-on-random. Therefore, current practice is to switch more and more to random sampling vibration tests.

In a vibration test, the duration plays an important role in the fatigue aspect. Virtually all standards require at least an endurance test programme of one hour, often with a maximum of three hours. With endurance tests programmes with two or more frequencies in a device, a limit is usually set on the total duration of the tests, for example, four hours per direction.

For a random vibration test in which the entire spectrum is simultaneously impacted, durations of at least one hour to a maximum of three or four hours are used. Sometimes the total lifespan over which a device must be operational is considered. In order not to get exceptionally long vibration times, the vibration level can be increased.

If a measured vibration spectrum should occur for 1000 hours during the operational lifetime of a device, it becomes costly to carry out such a vibration test. For three directions, one would then have to vibrate 3000 hours. Among others, the MilStd 810 specifies a method to shorten the vibration time by increasing the vibration level.

Note: The fourth power (as a conversion factor) is an average value, ranging between approximately two and six, depending on the materials or products to be tested.

For devices, castings or components, it would theoretically be possible to simulate the entire lifetime in the above-mentioned manner during a vibration test. A requirement, therefore, is that a reliable vibration spectrum is available. It is questionable whether this is necessary and if so, which conversion factor should be used.

Fatigue is usually assumed to be 106 to 107 cycles as a maximum, because the delta peak voltage for fatigue no longer changes above and beyond this limit. When you relate this to the sinus vibration requirements and compare it with these values, this number of changes is never achieved.

In the case of a sinus sweep vibration test with a speed of one octave per minute, for example, at 16 Hz (the natural frequency of a component in the device), one vibrates for about six to seven seconds. This corresponds to 7x16 â ‰ [2] 110 cycles per sweep. At ten sweeps up and down (about an hour of shaking) the device received a total of only 2x10x110 = 2,200 cycles at that frequency. That is only a fraction of the expected lifespan or the 106 cycles in fatigue tests. At higher frequencies, the duration per frequency (logarithmic) decreases, as a result of which the number of changes only increases to a limited extent. By a lower sweep speed, for example 0.5 octave/minute, the number of cycles can double, but this still differs greatly from a real fatigue test.

Conversion of a sinus sweep test to a random vibration test

The widely used standard MilStd 810 indicates that a one-to-one conversion of a sinus sweep test to a random vibration test is not possible and that a measured vibration level is the best foundation for formulating vibration requirements. 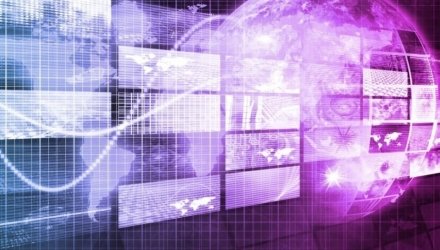