In the latest ASTM D 4169 standard, a major change has taken place. The vibration profiles for the aircraft simulation have been adjusted.  Since there is always a transition phase between the old and new versions, we will be switching to the latest version of the ASTM D 4169 from 1 May 2022.

What does this change mean for you?
In the previous version of the vibration profiles, you could choose between 3 simulation levels. As an unwritten rule, the following applied:

In the new version of the ASTM D 4169-22 transport simulation test standard, the aircraft profiles have been drastically adjusted. What is striking is that the low frequency levels are now the main focus of the profile and range up to 200Hz, instead of up to 300Hz. Also, a cycle between the three different levels has now been created. The effect of these changes will prove to be a very different pattern of behaviour to that which we had experienced up until now. We were already in the practice of advising our customers to use the lowest levels from the previous versions of the aircraft simulation i.e. Assurance level III. Fortunately, the ASTM work group have also now done something about it.

In the new ASTM version, it is recommended to perform the test at each level for a specified duration, see the example below:

It is also advised that this cycle be repeated 3 times. You then end up with a total test time of 120 minutes.

What is our advice?
At Sebert Trillingstechniek, we believe that these changes will have a positive effect on the aircraft simulation tests. As a result of these changes, it will be even more important to determine the LCA (Life Cycle Analysis) for the transportation of your product. If you are going to be transporting goods with a very small aircraft, you may still want to use the old profiles from the previous ASTM D 4169, version 2016. These profiles have proven themselves worthy for more than 20 years since our foundation.  However, based upon our own measurements taken from aircraft, if you are transporting your items with a standard, cargo aircraft, we would advise you to switch immediately to the ASTM D 4169-22.

Hopefully, this explanation will have helped you enough to make an informed decision about your next transport simulation test, but if you still have a shocking question or s(t)imulating comment as a result of this announcement, the Sebert Trillingstechniek team is ready to help you further. 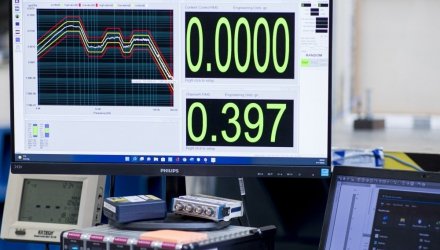